A visit to Philerimos (Filerimos) is a must when on Rhodes and that should include Philerimos fort. Most people visit the church with monastery and Byzantine castle, but there are other monuments, sadly closed to the public. One is the Doric fountain, supposedly due to its unsafe position, though a carefully constructed path would permit entry. The other is Philerimos fort, which faces west towards the Asia Minor coastline. 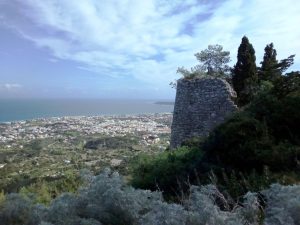 Fort with view of Trianda Bay 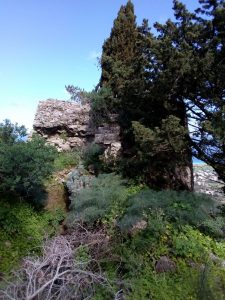 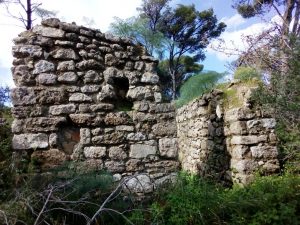 There are two separate structures: a small building on the left and opposite it the main fort on the right. There are other remains further towards the south-west cliff edge, but I will focus on those near the current road. The smaller structure could have been part of a gatehouse or guardhouse, protecting the entrance to a much larger complex. The main part of the fort has a narrow tunnel at some distance from the tower, making entry difficult. The tower itself is on the cliff edge, making attack impossible from the west, as there is a sheer drop. 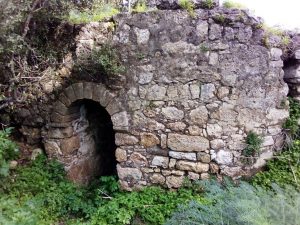 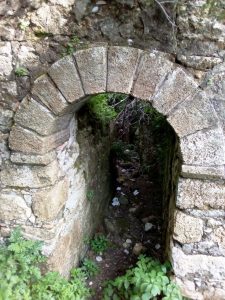 Whereas the Byzantine castle is on the north-eastern tip of the mount, the fort is on the south-western edge. It would have been able to communicate with Rhodes, Kremasti fort and the castle documented (1382, 1502) at Trianda. With a commanding view of Trianda Bay and towards Chalki and Symi, it formed part of the west coast defences.

View of Trianda and Asia Minor

This castle or fort and the other buildings nearby are sadly neglected, smothered by the overgrown foliage and flora. Surrounded by a rusty fence topped with barbed wire, the gate has fallen off. It is a known site, but is left to decay. Yet it is as important as the Byzantine castle that is currently receiving a makeover. It’s part of Rhodes Hospitaller legacy and some investment should be made so it can be open to the public.