Armistice Day. The eleventh hour, of the eleventh day, of the eleventh month 1918, when the hostilities of World War One ceased, must have been met with hopes for a brighter future. Yet it was not to be. Just as the war was ending, a ‘flu pandemic engulfed the globe that was to last for two years. It infected 500 million people – about a third of the world’s population at the time – in four successive waves. Although the 1920s roared for some, there was still economic strife and unemployment, even before the Wall Street Crash in 1929. And twenty years later another world war broke out. 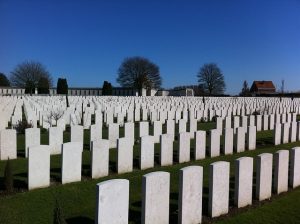 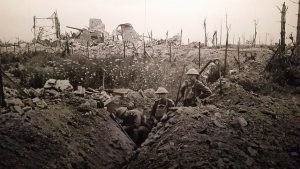 There were some achievements that came out of the war, such as universal male and female suffrage. There was also an understanding that international cooperation was needed to prevent war, though it was not successful in practice. However the battle for workers’ rights continued where it left off in 1914 and promises of self-determination did not always materialise. For example, in 1919 the British Cabinet discussed ceding Cyprus to Greece, but the intervention of the Admiralty won the day (TNA CAB/24/89).

Masks were worn during the Spanish ‘flu