Kremasti Castle – Rhodes is 850 metres from the sea, in the village of Kremasti. Its main function was probably as a lookout post, not a point from which to repel an attack. It is only about 15 metres above sea level, but has a clear view to the sea and coast of Asia Minor. 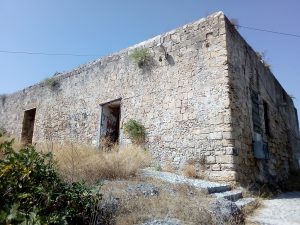 View from the Castle

Many people suggest that the inhabitants of Kremasti should take refuge there in case of attack. That theory needs to be called into question because the small space the castle inhabits (20m x 20m) could not support such a large number of people. This could only be the case if the castle grounds were much larger than previously thought. 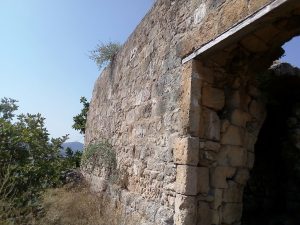 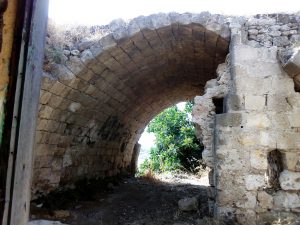 It is also said that the castle resembles more of a fort than a castle. This could be because a second function of the castle was a centre-point for the collection of produce from the fertile surrounding land. It may also be that it was larger than the remains suggest. There is a vault-like structure that could be a storage space on the ground floor.

The castle was still in use in the late fifteenth century at which point Kremasti was a castellany, as well as casale. In more recent time, it was used as a residence, but its original role was not forgotten, not its link with the Hospitallers. The lane leading to it is called Castle Road (Odos Kastrou). Also, a building at the bottom of the hill that the castle is on has a cross above the entrance similar to the Hospitaller cross. 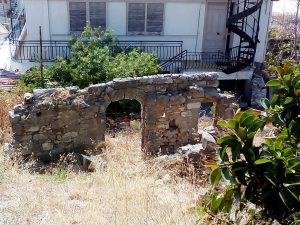 Building remains at the foot of the hill 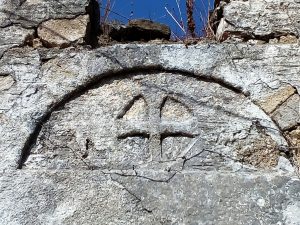